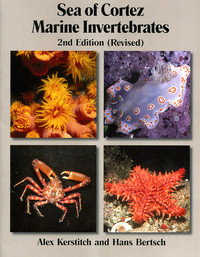 A comprehensive field guide to the sponges, molluscs, echinoderms,worms, crabs, shrimps and other intertebrates of the Gulf of Mexico and adjoining Pacific coast from Mexico to Peru, featuring additonal photographs by Hans Bertsch.
Buy it here

Smitten by a slug

What's in a scientific name? Maybe your own

Nudibranch of the week is Chromodoris lochi

The Slug Site, with the must-bookmark "opisthobranch of the week"

Upcoming in Scientists:
"Cognitive failure and behavioural determinism: The effect of nudibranch/opisthobranch confusion on the lay brain"
and
"Excitability in scientists: A study of exclamation marks"


The virtuous medlar circle
is part of Anna Tambour and Others


"Why I like Nudibranchs" copyright © 2004 by Hans Bertsch    Photos except where indicated, copyright © Hans Bertsch
This essay appears here with thanks to Dr. Hans Bertsch, whose payment was less than a brass razoo.
His answer to the question "Why?" is the first in a series of invited pieces by people I find deliciously inspiring, always a hoot,
and whose interests are as intriguing as a  bletted medlar tastes. – A.T.
The Virtuous Medlar Circle © 2004